It’s a common belief, especially in the bodybuilding and physique world, that doing cardio fasted (typically first thing in the morning before breakfast) will increase fat loss. In fact, you can count me among the many people who once strongly promoted fasted cardio. 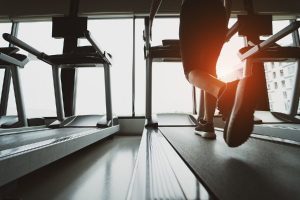 Fasted cardio certainly works for fat loss – no one disputes that.

But for decades, questions remained about whether fasted cardio works better for fat loss than fed cardio.

Today we know the answer, with a fair amount of confidence.

The reason it took so long to reach a verdict on fasted cardio is because the right kind of research had never been done. All we had to go on was anecdotes and opinions. (“Hey, it worked for me!”)

Yes, there were some early studies showing that fat oxidation increased while doing cardio fasted.  Lots of people thought this meant losing more body fat.  It seems logical that if cardio on an empty stomach makes you burn more fat during the workout, then after a month or two, you should be leaner than if you did it fed.

But that’s not necessarily what happens. Fat oxidation refers to what fuel you’re burning at a given time – it’s not the same thing as losing body fat. What if you oxidize almost all fat for fuel during your morning cardio, but then pig out at dinner and end the day at maintenance calories – or even in a surplus? What difference did the “fat-burning cardio” make?

The amount of fat loss will depend on the size of the calorie deficit you sustain over time, not which fuel you use the most while training.

Look at it this way: A study might measure the amount of fat oxidized during a workout, but even if it finds that fasted training increases fat oxidation, that’s only 30 minutes or an hour out of the whole day.  (And maybe only a few days a week).

Even more important, these types of studies on fuel utilization didn’t measure fat mass or body fat percentage at all, let alone after weeks or months of workouts.

Physique athletes have recommended fasted cardio for at least 25 years. But it wasn’t until recently that exercise scientists measured the effect it had body composition (actual fat loss) over time.

One of the more notable studies was headed by bodybuilding researcher Brad Schoenfeld (a good guy to follow). The results were published in the Journal of the International Society of Sports Nutrition.

Twenty young female volunteers were randomly assigned to 1 of 2 groups. The first group did cardio after an overnight fast. The second group ate a meal before doing cardio. In both groups, they did 1 hour of steady-state aerobic exercise, 3 days a week for 4 weeks.

The subjects were given customized diet plans designed to create a calorie deficit. Food intake was tracked and nutrition counseling was offered to help with adherence.

Both groups showed a significant loss of weight and fat mass, but there were no major differences between the groups. The subjects in both groups lost about the same amount of weight, regardless of whether they did cardio fed or fasted.

This was the first study on fasted cardio that measured body composition over a multi-week period, so we still need more research.  However, these results confirm the current scientific consensus that fasted cardio is not superior for fat loss after all.

Ideally, future studies will be longer, with larger sample sizes, including men and women of different ages. It would be interesting to include subjects with different levels of starting body fat too, because there’s some rationale to believe fasted cardio may benefit people who are already lean and down to their last pockets of stubborn fat.

Stubborn fat simply refers to the fact that some fat deposits are the last to come off. These spots often include the hips and thighs in women, and to a lesser degree, the ab fat and lower back in men. Where you store fat is is dictated partly by genetics and partly by the way hormones and receptors work in fat cells.

There are reasons some fat deposits are stubborn. To burn fatty acids, they first have to be released from the fat cell. What’s different about stubborn fat areas is they have higher concentrations of alpha-2 receptors. Without getting too deep into boring physiology, let it suffice to say that these adrenoreceptors put the brakes on fat breakdown from the cells (lipolysis).

Insulin can also inhibit fat release and these stubborn fat spots are highly sensitive to the effects of insulin. Eating carbs (and even protein) raises insulin. Therefore, scientists think that doing cardio fasted, when insulin is low, might allow more fat release from those stubborn areas.

This isn’t suggesting that spot reduction is taking place, nor that failing to get lean is because of insulin. If you have calorie a deficit, you’ll still lose fat. What we’re saying is that your body may pull the fat from some areas more easily than others. That leaves those pesky stubborn fat spots the last to go.

The practice of fasted cardio may have come from the bodybuilding world. Physique competitors are already lean, and some of these athletes believe that doing cardio fasted helps them get the last fat off, for that totally ripped look, with no visible fat at all.

There may be something to it. But then again, most dieters still have plenty of fat all over their bodies to draw on. And since they aren’t trying to get shredded, losing stubborn fat in specific spots isn’t even a conversation yet.

Possible Downsides Of Cardio On An Empty Stomach

While there might be an added benefit of fasted cardio in some circumstances, there are potential downsides to consider.

Some people feel less energy working out on empty. That could reduce exercise performance, producing less, not more fat loss. People respond differently, however. Some report low energy or even “bonking” completely when training fasted. Others say they feel fine, or even “great” doing cardio fasted. Ultimately you’ll have to try it and decide for yourself.

Another possible downside is that fasted training could increase the risk of losing muscle. If you’re lifting hard and eating enough protein, this is less of a concern, but should be on your radar. This is especially true if your goal is going from lean to ripped.

It’s still possible that fasted cardio may offer some slight advantage, including for lean people working on the last bits of body fat. If nothing else, many agree that doing early morning cardio is a great way to get your day day started on the right foot. (And reduces the odds of blowing it off later when you’re exhausted after work).

But according to the newest research, whether you do cardio fed or fasted probably doesn’t make much difference to your overall rate of fat loss.

You can lose fat doing cardio fasted and you can lose fat doing it fed. So in the end, decide how to do it based on your own personal preference.  Arguably, the best way to do cardio is the way that gives you the most energy and highest performance. The best time is whenever you’ll do it the most consistently.

Related: Why Cardio Doesn’t Work For Some People