Lifting The Confusion About Supersets

Supersets are an outstanding weight training technique for building more muscle in less time. At least a dozen scientific studies have confirmed that superset workouts dramatically increase training efficiency (making it ideal for busy people). If it’s done correctly, it can build the same amount of muscle, or possibly more, while you spend half the time in the gym.  The problem is many people are doing it incorrectly, or they’re utterly confused about the right way to superset… 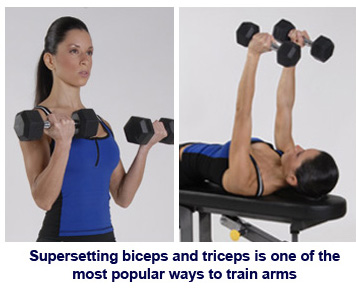 In the Body Fat Solution book workout, which is not as bodybuilding-focused as others I have written, we do supersets for unrelated muscle groups, such as upper and lower body. For example, dumbbell split squats (legs) are supersetted with dumbbell rows (upper back) as follows:
Exercise 1 (set one): Split squats 8-12 reps
little to no rest, move directly into:
exercise 2: One-arm dumbbell rows 8-12 reps
That’s 1 super set completed. Rest approx 1 minute… do it again (super set round 2):
Exercise 1 (set two): Split squats 8-12 reps
little to no rest rest, move directly into:
Exercise 2 (set two): One arm-dumbbell rows 8-12 reps
That’s 2 supersets completed. Rest approx 1 minute and do it again (super set round 3)
Exercise 1 (set three): Split squats 8-12 reps
little to no rest, move directly into:
Exercise 2 (set three): one-arm dumbbell rows 8-12 reps
Why superset your legs and your back – an unrelated body part combination? It’s because this is not a bodybuilding workout per se – it’s a general strength, fitness and conditioning program. It’s also a resistance training program designed to support fat loss programs. If you superset two compound exercises together, like a squat and row, it’s going to get your heart rate and breathing up to the point it feels like cardio – and a lot more calories are burned.
Unlike purist bodybuilding training, here we are not trying to pump or flush one muscle or muscle area with blood, and we are not trying to maximize time under tension in a particular area. We do however, want the efficiency (time-saving) benefit of supersets AND we do want the metabolic effect of doing two exercises in a row.
This style of training makes the workout a) faster than straight sets (you get done quicker – effective 30 minute workouts are easily possible), and b) more intense (the workout is shorter, but harder, and more of a challenge to your muscles and cardio-metabolic conditioning than resting so much during a workout session.
If you’d like to learn more…
I hope this helped clarify the rest period timing, the sequencing and the different types of supersets which often get mixed up and lead to confusion.
The info here is only the tip of the iceberg, and I’ll be talking a lot more in future posts about superset training and some of the fascinating research that shows how efficient it is. I’ll also be explaining the different types of each superset in more detail with even more examples and sample workouts.
For now, you’ve learned enough to go into the gym and try some of these supersets to see how they feel and and make note of how much time they save you, while you still gain the same amount of muscle.
Train hard and expect success,
Tom Venuto, author of:
Burn The Fat Feed The Muscle
Burn the Fat, Feed the Muscle is the classic “bible” on fat burning nutrition, based on the tested, proven methods of bodybuilders and fitness models. The new edition is now available in audiobook here: https://amzn.to/2pCG7lX
NEW! TNB TURBO Training System: Ultra-time efficient “superset” training proven by science to build muscle in 50% of the time. To learn more CLICK HERE 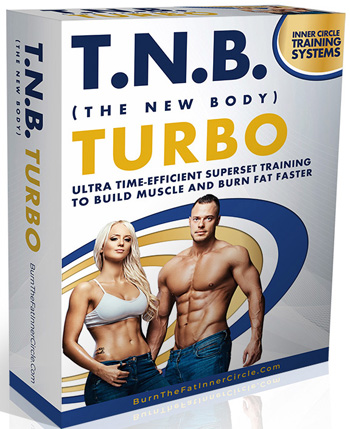