Since 1989, when I started in the fitness business, I’ve seen dozens of diet supplements burst onto the scene, sell into the multi-millions, only to drop off the map and end up buried in the graveyard of fat loss products (that we now know never worked in the first place). The shelf life is usually a year or two – three if they’re lucky – before the FTC sues or the product dies a natural death as the novelty wears off. They’re promptly replaced by “the next big thing” … an African cactus, a berry from the Amazonian rain forests, an ancient Asian tea, an herb from the Himalayas… sound familiar? There’s always an exotic story that hooks people again, isn’t there? 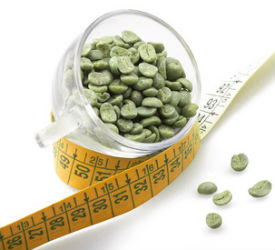 Tom Venuto is a natural bodybuilder, fat loss coach, fitness writer and author of Burn The Fat, Feed The Muscle. Tom’s articles are published on hundreds of websites worldwide and he has been featured in Muscle and Fitness, Men’s Fitness, Oprah magazine, The New York Daily News, The New York Times and the Wall Street Journal. He has appeared on dozens of podcasts and radio shows including Sirius XM, ESPN-1250 and WCBS. Tom is also the founder and CEO of the premier fat loss support community, the Burn The Fat Inner Circle