Everyone knows that the minute you finish lifting you need to slam a post-workout shake with fast acting whey protein and high glycemic index carbs with low fat so that you don’t miss out on the anabolic window of opportunity for muscle gains, right? Not exactly. 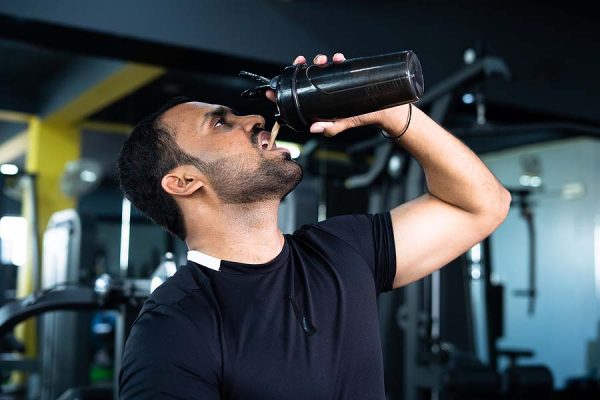 Almost everything that bodybuilders once believed about post-workout nutrition and nutrient timing has turned out to be wrong after more recent scientific investigation. At least it’s partly incorrect, or “It depends” is the real answer, because post-workout nutrition can be a nuanced subject that is very context-dependent.

Don’t feel bad if you still believe in these myths. Back when I was competing in bodybuilding in the 1990s and 2000s I believed them too. It was what the experts taught us. And it was simply the advice that bros passed around the gym. Eventually, it was accepted as gospel without double checking the facts.

There were even studies that suggested some of these nutrition practices were correct. But unfortunately much of the science was based on endurance training, which is a whole different endeavor than resistance training for physique goals. Sports nutrition for endurance athletes is different.

As I list four of the biggest resistance training post workout nutrition myths below, don’t worry, I’m not going to take the nihilistic attitude that “nothing matters” or “just hit your calories and macros by the end of the day and that’s it.” Nutrient timing does matter.  “window of opportunity” does exist. But the truth is, it’s simpler than most people have made it.

I’ll simplify it all into one sentence in the conclusion, but first, let’s run through each of the four post-workout myths. And remember, the context is we are talking about resistance training here, not cardio or endurance sports.

POST WORKOUT NUTRITION MYTH 1: To optimize your muscle gains, you must eat immediately after resistance training. Don’t delay the post-workout meal at all.

You should eat after resistance training, but it doesn’t have to be immediate. Within an hour or two is fine. One of the most well cited scientific papers suggested that it’s optimal to eat protein both before and after lifting and aim to do it within a four-hour window. That’s a fairly large window.

For example, suppose you eat at 6 am, let the food digest a little and then go train at 7 am for an hour. You’re finished at 8 am. You don’t have to rush with a crazy sense of urgency to get food in your system the second you’re done lifting. You don’t have to panic and worry about losing all your gains if you can’t eat again until 9 am. According to the four hour guideline, even 10 am would still be fine.

Originally, experts said there was an urgent “anabolic window of opportunity” following a workout to ingest food and if you missed the opportunity, you would lose out on maximizing your gains. With closer scrutiny today we now know that there is indeed a need for food fairly soon after resistance training, but the window is larger than we used to believe. Some people are now saying it’s more like a “garage door of opportunity.”

There is an exception. There’s added urgency to get the post workout meal consumed immediately after resistance training if you did not eat before lifting. However, resistance training in a fasted state is arguably not optimal. If the workouts are long or high in volume and intensity, performance is likely to suffer. Adaptations to the training may also suffer. Some research says that training while feeling hungry can impair performance, even if it’s only psychological.

A prominent study published in the ISSN journal suggested that it’s optimal to consume protein both before and after lifting. The target amount is .4 to .5 g/ kg /lbm which is usually at least 30 to 40 grams (or more) on both occasions. If you eat more, there is no downside, but if you fall short, you may not optimize the adaptations to training.

There is some evidence that as little as 20 to 25 grams of protein in the post-workout meal enough to stimulate muscle protein synthesis. However, other studies suggest that 40 grams increases protein synthesis another 10% to 20%. In addition, each of us has an individual target for total protein intake for the whole day. If you’re a bodybuilder aiming for 200 grams per day and you only eat four times a day, that means you’d need 50 grams per meal and one of those meals should fall after training.

POST WORKOUT-NUTRITION MYTH 2: After resistance training, consume fast-digesting protein, such as whey (powder / supplement) so it gets into your system as quickly as possible.

It is absolutely true that you should eat a sufficient quantity of high quality protein after resistance training. However, it does not have to be a fast digesting protein or a protein supplement / drink like whey. Obviously, supplement companies would like you to believe that.

The old idea was that it takes time to digest a whole food meal and the amino acids and nutrients are released into your system slowly. Thinking that there was a short window of opportunity to ingest nutrients lead people to suggest that it would be better to consume fast-digesting protein food. Even better still, they proposed, would be a liquid protein supplement that would get digested and absorbed fast.

The truth is, if it’s more like a garage door of opportunity, you could just as easily eat any whole protein food and you will get the same results. Also, if you did (wisely) eat a meal that contained protein before training and if that meal was in close proximity to the workout, those nutrients are hitting your system during the workout and even after the workout.

This is yet another reason why people don’t need to eat the second after they finish lifting. You also don’t have to worry if your post-workout protein is not fast-digesting. On the other hand, if you like protein shakes like whey, they are a perfectly good choice for post workout protein and many people use these supplements for convenience reasons alone. Some of them taste pretty good too.

POST WORKOUT NUTRITION MYTH 3: After resistance training, you should eat fast-digesting, high-glycemic index carbs to spike your insulin and help drive the amino acids into your muscle cells.

But the fact is, the protein is the most important part of the post workout meal when it comes to resistance training and muscle building goals. You have a certain amount of total daily carb calories you’re aiming for and you can spread those carbs across all your meals any way you choose. If you want to put more of your total daily carb allotment in the post workout meal, that’s fine. If you simply want to spread your carbs across the day evenly, or even have only a small amount of carbs in the post training meal, that’s fine too.

When hearing that protein is the main priority in post resistance training nutrition, some people object and say, “But what about glycogen replacement?” This is exactly where much of the confusion comes from. Carbohydrate intake, glycogen replenishment and carb timing are a lot more important for endurance athletes than strength and physique athletes. Glycogen repletion could become a more urgent issue after very long, high volume workouts, especially if done twice a day, but protein timing remains the greater priority after resistance training than carb timing.

POST WORKOUT-NUTRITION MYTH 4: Do not eat fat in the post-workout meal because it will slow down digestion and absorption of the aminos.

You’d never want to eat a meal so high in fat that it pushes out the important protein, but it’s fine to include fat in the post workout meal. The old idea was that eating fat will slow down digestion and absorption of the meal and slow the entry of aminos into the blood and to the muscles. Again, this was reasoned due to the belief in a short window of opportunity and urgency of getting nutrition into the body. But if the window of opportunity is wider than we used to think, then it doesn’t matter if digestion is slowed down a little.

Also, an interesting finding in a recent study was that eating whole eggs increased protein synthesis more than egg whites. Another study found that whole milk increased protein synthesis more than fat free milk. This doesn’t mean you must go out of your way to add fat to the post workout meal, but this evidence does suggest that post workout fat intake is not a negative.

The bottom line is that for decades, almost everyone was overcomplicating post workout nutrition big time. Many people still are to this day. If we wanted to sum all this up into one guideline, post workout nutrition and nutrient timing to optimize muscle gains is as simple as putting your resistance training in between two of your meals that each contain an adequate quantity of high-quality protein (also known as the “bracketing” technique). The meal could be a supplement (drink), it could be whole food, it doesn’t matter. It is that simple.

Did you still believe in any myths? Now you know. Never stop learning. Always keep pumping!

PS. Not an Inner Circle member yet? Join us today! Click here to join thousands of fellow burners

PPS. Got the newest e-book in the Burn the Fat series? If not, grab your copy here: Burn the Fat Guide to Flexible Meal Planning For Fat Loss

About Tom Venuto, The No-BS Fat Loss Coach
Tom Venuto has been a trusted natural bodybuilding and fat loss expert since 1989. He is also a recipe creator specializing in fat-burning, muscle-building cooking. Tom is a former competitive bodybuilder and today works as a full-time fitness coach, writer, blogger, and author. In his spare time, he is an avid outdoor enthusiast and backpacker. His book, Burn The Fat, Feed The Muscle is an international bestseller, first as an ebook and now as a hardcover and audiobook. The Body Fat Solution, Tom’s book about emotional eating and long-term weight maintenance, was an Oprah Magazine and Men’s Fitness Magazine pick. Tom is also the founder of Burn The Fat Inner Circle – a fitness support community with over 55,000 members worldwide since 2006. Click here for membership details

Scientific References:
Aragon A., Schoenfeld B., Nutrient Timing Revisited – is there a post-exercise anabolic window, Journal of the International Society of Sports Nutrition, 10:5.

Aragon A., Schoenfeld B, Is there a postworkout anabolic window of opportunity for nutrient consumption? Clearing up controversies. J. Orthop. Sports Phys. Ther. 48:911. 2018