Meal Planning Is Not The Opposite Of Flexible Dieting

Simply stated, it’s widely believed that if you follow a meal plan, you’re not being flexible. Not only is this false, it’s absurd.  Let me explain by starting with my definition of meal planning… 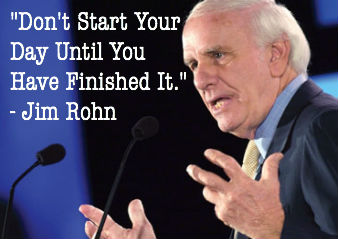 Each person’s rules might be a little different – some might have rules about portion sizes (deck of cards or the size of your palm) or suggest “eat until you are 80% full” instead of counting calories, and so on, but the idea is the same. With flexible dieting, there is some structure, but inside the boundaries that are set, you can take the ball and run with it anywhere you want (there’s no prescription of specific foods you “must” eat).
Some dieters, especially those who follow the IIFYM (If It Fits Your Macros) method, tend to be more opposed to premade meal plans than others. IIFYM is a specific type of flexible dieting and with IIFYM, the rules are simple: calculate your ideal daily targets for calories, protein, carbs and fat, make sure you eat enough “healthy” food to reach your daily fiber and micronutrient needs, and after that, eat anything you want. Just use an app or electronic device to log in your food as the day goes on, because you do have to be strict about the macros and calories.
Doing meal plans by the numbers – calories and macros – is not something I’m a stranger to. That first meal plan I created back in the early 90’s on a desktop computer – it wasn’t just a list of foods or even just a list of portion sizes, it had the calories and macros for each food listed, as well as subtotals for each meal and grand totals for the day at the bottom.
This is one point where I agree with IIFYM.  There are other “flexible dieting” methods that work which don’t require counting calories or macros (the portion method, for example), but tracking calories and macros is worth it, in my opinion. That’s especially true for beginners who can’t accurately eyeball portion sizes or ballpark calories because they don’t have any experience or nutrition education yet. Tracking calories and macros is also important when you’re stuck at a plateau or when a lot is at stake like physique competition.
A brief rant on the shortcomings of IIFYM
I’ve always set up meal plans by the numbers (calories, protein, carbs and fat), and I also like flexible dieting, so IIFYM should be a good idea then, right?  Well, maybe.  It depends on how you approach it.  Something that surprised me was the first time I heard of this thing called “freestyle IIFYM.”
Freestyle is referring to the highly flexible method of going into your day with nothing but goals for calories, macros and (hopefully) eating enough healthy food to hit your “fiber and micros.” But aside from that, there’s no meal plan. This type of IIFYMer doesn’t know specifically what he’s going to eat for the day, only how much. That’s the idea – he sees that as the ultimate in flexibility.  I get it, but I also think starting your day without a plan is a bad idea for most people, especially if you’re struggling with fat loss.
IIFYM may be popular (at least in the younger generation, and especially online, if #hashtag volume is any indication), but the way I see it, IIFYM has become the ugly stepchild of flexible dieting. I’m not entirely sure what caused this mutation in flexible dieting’s acronymed offpring.  Some, who adopted a low calorie junk food diet because they found out they could get away with it and still get lean (look up Dr. Haub and the Twinkie Diet experiment), are flat out doing it wrong – the unhealthy way.  But I suspect that many IIFYMers simply lack the communication skills to explain it well, so it ended up a convoluted mess of the originally well-intentioned idea.
I have to laugh when IIFYM dieters complain that people misunderstand what they’re doing and wonder why everyone thinks IIFYM means only eating pop tarts and cheesecake, when actually 80% or 90% of their calories come from traditional bodybuilding foods (aka “bro food.”) Could it be because they mostly post photos of poptarts and cheesecake in their social media feeds with #IIFYM hashtags, while bragging how they eat anything and still get ripped? (which is insufferably annoying, by the way). It’s not hard to see why IIFYM has caused a lot of confusion and silly debate.
[The video below is worth every second of the 28 minute duration to watch. Best interview on flexible dieting on the web via Alan Aragon and Juma Iraki… includes the true origin story of IIFYM @3:30]

That’s what Burn the Fat, Feed the Muscle is, and it’s a great way to describe the program. It’s not a diet, it’s a by-the-numbers and structured, yet flexible way of eating, designed to build you a great body. Build muscle, build strength, build fitness, build health… oh, and burn fat too!
Train hard and expect success,
Tom Venuto, author of
Burn the Fat, Feed the Muscle,
The Bible of Fat Loss
Get Burn the Fat:
www.amazon.com/Burn-Fat-Feed-Muscle-Transform

About Tom Venuto
Tom Venuto is a lifetime natural (steroid-free) bodybuilder, fitness writer and author of Burn The Fat, Feed The Muscle: Fat Burning Secrets of Bodybuilders and Fitness Models  and the national bestseller, The Body Fat Solution, which was an Oprah Magazine and Men’s Fitness Magazine pick. Tom has appeared in The New York Times, Wall Street Journal, Huffington Post, Oprah Magazine, Muscle and Fitness Magazine, Ironman Magazine and Men’s Fitness Magazine, as well as on dozens of radio shows including Sirius Satellite Radio, ESPN-1250 and WCBS. Tom is also the founder and CEO of Burn The Fat Inner Circle – a fitness support community for inspiration and transformation