How To Read Fitness Research

How valuable and time-saving would it be if you could: 1) instantly spot a diet or supplement scam, 2) fact-check any article, advertisement or news story for accuracy by yourself, 3) look like a genius in any debate or discussion about fitness myths, 4) cut right through internet information overload with razor-sharp critical thinking? If you learn this one skill – how to read fitness research – that’s exactly what you’ll be able to do… Learn how in this 2 part interview with Tom Venuto and Mark Young
How To Read Fitness Research: Tom Venuto Interviews Mark Young, Part 1
Tom: Mark, thank you for the interview. You’re rapidly getting a reputation in the fitness community as a fitness science guy and the “how to read research” guy, so most of the people in the evidence-based part of the industry already know you, but in case any of my readers aren’t familiar with you yet, could give us your quick bio with your professional background.
Mark: Thanks for having me Tom. In terms of my academic background, I have a degree in kinesiology and a minor in psychology from McMaster University.  I have also also done graduate level research in biomechanics and exercise physiology as part of the world-renowned exercise metabolism research group under the guidance of Dr. Stuart Phillips.  My grad thesis work comparing the effects of eccentric and concentric contractions on muscle growth is submitted and awaiting publication (hopefully) in a major peer reviewed journal.
On the applied side of things, I’ve been a strength coach (or trainer…or whatever you want to call it) for about 11 years now and my work has been published on T-Nation.com, WannaBeBig.com, StrengthCoach.com, MuscleAndFitness.com, and MuscleAndFitnessHers.com to name a few.
On top of all that, I provide services to one of Canada’s very few government funded Bariatric Medical Programs for the evidence based treatment of obesity.
Tom: I mentioned the term evidence-based, and I know that’s a term you use a lot as well but I think a lot of people don’t even know what that means. Could you give us your definition and tell us why this is important?
Mark: To me, being evidence based means that the methods you use are based primarily upon studies used to test their validity.  In other words, evidence based folks use available research not only to support, but to challenge their methods to determine if they stand up to scientific scrutiny.
I feel this is very important because there is so much information out there (especially on the internet) and the only real way to discern what is truly valuable from what is simply opinion or even complete BS is to look to well controlled scientific studies.  This can show us what actually works.
Being subject to only the opinions and interpretations of others on the internet is like playing the telephone game.  Occasionally you’ll get the original message, but often it gets distorted.  Sometimes information is even intentionally distorted to get us to purchase something we don’t even need. If you take action on that distorted information you could be headed down the wrong path with your physique and potentially your health.
Tom: You can count me as right there with you as part of the evidence based community, but let me play devil’s advocate for a minute: People debate all the time that a certain approach works for them because of the results they got. They may be proud of their results and their results may be indisputable to the eye. Next thing you know, they get slapped down in some forum on the basis that their “personal anecdote is meaningless” and someone tells them that the way they did it is all wrong because the research says so.  If at the end of the day, results are what matters to a person, why should we care what the research says? Why don’t we just focus on results? Isn’t that evidence of the real-world kind?
Mark: At the end of the day, I agree that results matter most.
However, there are three points that I feel are worth making here.  Statistically speaking, there will be a distribution in the way people respond to any program.  In most situations a very small number of people (on the left in the graph below) will get minimal results, most people (in the center) will get the average result, and another very small number of people (on the right) will get incredible results.   Beyond this, there are sometimes a few very fortunate people called outliers that lie outside of the normal distribution and have even crazier results than the rest.  If the person on the forum is one of the people on the far right or even an outlier, he or she may have gotten great results with a specific program, but those may be much greater than would be expected by most others using the same program. 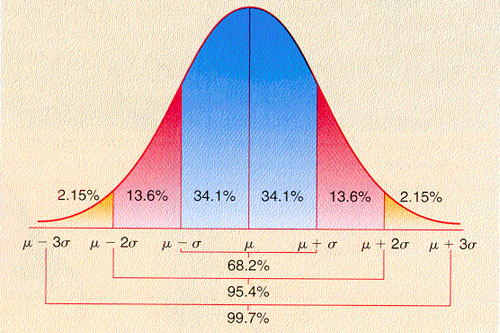 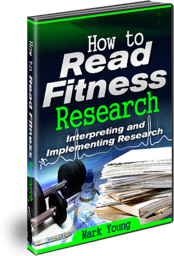 To Be Continued In Part 2:
The “How to Read Fitness Research” (HTRFR) program is highly recommended for personal trainers, strength coaches, dieticians and anyone who is interested in nutrition or exercise science. It’s also invaluable for consumers for avoiding fitness scams, cutting through information overload and fact checking articles, advertisements or news stories for accuracy. The program is almost 40% off now through this Friday for Burn the Fat Blog readers. For more information, visit Mark’s website at: HowToReadFitnessResearch.com. (Note: Burn the Fat blog is an affiliate of HTRFR).
Copyright BurnTheFatBlog.com Do NOT copy. Unauthorized reproduction is prohibited. 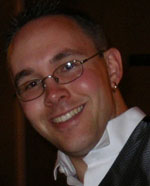 Mark Young is an exercise and nutrition consultant, body composition expert, and the creator of How to Read Fitness Research.  Mark has a degree in kinesiology and has done research in one of the world’s leading muscle protein metabolism labs.  He has spent over a decade developing evidence based methods for muscle growth and fat loss as well as being intimately involved in the development of an exercise program in one of Canada’s very few government funded medical programs for the treatment of obesity.  His work has been featured on websites including T-Nation.com, MuscleAndFitness.com, and StrengthCoach.com. Visit Mark’s website at: www.HowToReadFitnessResearch.com
About Tom Venuto 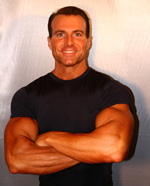 Tom Venuto is a lifetime natural (steroid-free) bodybuilder, freelance writer and author of Burn The Fat, Feed The Muscle (e-book) and the national bestseller, The Body Fat Solution (Avery/Penguin, hardcover). Tom’s articles have been published on hundreds of websites and he has been featured in IRONMAN, Natural Bodybuilding, Muscular Development, Muscle and Fitness, Men’s Fitness, Men’s Exercise as well as on dozens of radio shows including Martha Stewart healthy living (Sirius), ESPN-1250 and WCBS. Tom is also the founder and CEO of the premier fat loss support community, the Burn The Fat Inner Circle