How To Make Push-Ups As Effective As The Bench Press

Bodyweight training is hot right now. But despite the popularity, there’s controversy about how effective bodyweight exercises really are when it comes to building strength and muscle. Push-ups vs bench press? Could a bodyweight exercise possibly compare to a barbell exercise? 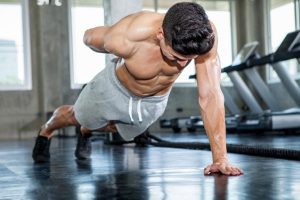 How far can an exercise like push-ups take you in strength and muscle gains compared to using free weights? Good question!

On one hand, bodyweight training has become a huge fitness movement as well as a commercial enterprise, and trainers who sell bodyweight exercise programs sometimes don’t stop at saying, “It works.” Some of them make controversial claims that “bodyweight is better than free weights.”

On the other side of the coin, die-hard lifters often have a hard time believing that the results from bodyweight moves like push-ups could come anywhere near what you’d get from bench pressing with free weights.

So far, scientific studies that might sort out this push-ups vs bench press debate have been limited.

Previous studies showed that push-ups did not increase muscle strength over time, compared to the way free weights do. That was not surprising, though. Those old studies progressed the workouts only by increasing reps, so the result of more and more push-ups was more muscular endurance, but not as much strength.

In this recent study, exercise scientists wanted to answer these two questions:

The subjects were 23 men, age 18 to 45. They had moderate training experience (not beginners). In addition to being tested on the bench press, they were put through a program with 10 progressively more difficult types of push ups.

The push-up variations tested from easiest to hardest included:

The results of comparing push-ups vs bench presses:

The main finding of the study was that using progressive push-up variations increased upper body strength to a level comparable to the bench press, at least over a 4-week period.

That might be a shock to die-hard bench pressers and bodyweight training skeptics, but it makes complete sense when you see how it was accomplished.

What made these strength gains happen was not to simply increase reps on a basic push-up forever, but to progress to a harder version of the push up that increased the difficulty over time, which mimicked how you would increase weight on the bench press.

You could also add resistance on regular push-ups by using elastic bands, or by wearing a weighted vest or backpack, (though technically one could argue that’s no longer “bodyweight” exercise).

Even with pure bodyweight exercises, we now know it’s possible to make strength gains similar to what you’d get with free weights.

Applying some kind of progressive overload appears to be the key (with all kinds of training, whether you’re pumping iron, or pumping your bodyweight). It’s also important to know that lifting more weight is not the only way to overload.

This study has shown us that increasing the difficulty of a bodyweight exercise (by moving to more advanced versions) can also achieve the overload you need to make the strength gains you want. It works even when no external resistance is used (free weights, or even weighted vests).

But what about muscle size?

Comparing push-ups vs bench press, there were no major improvements in muscle thickness in either test group. That might seem disappointing at first, but was not a complete surprise either. Here’s why: Early strength gains in a training program come from adaptations in the nervous system. That can happen before muscle size increases take place.

If significant muscle growth can be achieved with progressive push-up variations, it’s likely to take more than the 4 weeks that this study lasted. Remember, muscle grows very slowly, especially in trained lifters. If this study were done on beginners, we’d predict that on top of the strength increase, they’d have seen a measurable muscle increase as well, due to the “newbie gains” effect. But these subjects were experienced lifters.

In addition, if you want to max out muscle size gains, you have to adjust the training variables toward hypertrophy specifically. That involves reaching a certain number of sets and reps so the total volume lands in the optimal muscle size-building zone. Translation: Multiple sets of medium reps close to failure or higher reps to failure. In this study, the variables were geared more toward muscle strength than muscle size.

Does progressive overload training work for other bodyweight exercises?

The push-up is well-suited for progression because of how many incrementally easier and harder versions exist. In this study, they used 10, so it’s not surprising that this one movement pattern – the horizontal push – was comparable to the bench press for strength gains, at least in the short term.

More good news is that you can achieve the same effect with bodyweight pulling exercises. For example, inverted rows can be progressed through several levels of difficulty, and then you can move into pull-ups, so an upper body pull and upper body push body weight exercise can both be progressed for a long time. This gives most people a lot of room to gain upper body strength and muscle before hitting a ceiling where only free weights would take them further.

Lower body may be a little more challenging, or at least there may not be as many progressions to take you from the easy leg exercises to the harder ones, but it can still be done.

For example, a body weight squat (both legs) is too easy to provide a strength challenge to most trained lifters. But you could progress to split squats (working one leg at a time), then a one leg squat to a bench (or box/chair), then to assisted one leg squats (holding an upright), and finally to the very challenging full one-leg squat, also known as the pistol.

Are there limitations to body weight resistance training?

There now appears little doubt that you can increase your strength by progressing to tougher versions of a bodyweight exercises. However, it’s also clear that there’s going to be a ceiling at some point.

Bodyweight training can give you excellent gains, but if you want to go even further and achieve your maximum potential in muscle size or strength, ultimately you will have to use free weights or additional external resistance in some form.

If maximum strength could be achieved with bodyweight alone, then athletes in all sports wouldn’t need to use barbells and other free weights. Yet we see almost all athletes hit the iron as a core part of their conditioning plans.

The same is true for muscle gain and bodybuilding. Anecdotally, we see many examples of people building outstanding athletic-looking muscular bodies with bodyweight training. But very rarely do we see anyone build the physique of a competitive bodybuilder with bodyweight exercise alone.

One disadvantage of bodyweight training by itself for overall strength and muscle development is that body weight exercises can’t be progressed with the same kind of precision as you can achieve with free weights. With free weights, you know exactly how much resistance is added, and it can be added in tiny increments (even as low as 2.5 to 5 pounds at a time). You can record that in a journal for progress tracking.

Every so often you hear enthusiastic promoters of bodyweight exercise claim that it’s superior to free weight training. But that’s not true, at least with regards to absolute strength and muscle gain potential. If your goal is to maximize or optimize your results, the ultimate winner of push-ups vs bench press is clear – the free weights do win.

Bodyweight training has many unique advantages. That may include less stress on the joints – a big benefit for many people.

You can gain an impressive amount of strength and muscle with body weight exercise alone. Supporting this idea, this recent study confirms it:  You can use bodyweight training to increase strength as much as free weights, at least in the short term. All you need to do is use progressively harder versions the exercise. Again progressive overload is the key.

Bodyweight resistance training can also be used to help maintain the strength and muscle you build from free weight training. The important things is that you use a hard enough variation of the bodyweight move relative to your current fitness level. Don’t keep doing endless repetitions of beginner variations if there’s a harder one you can work up to.

Despite some limitations, bodyweight resistance exercise is a proven, valuable training tool. Bodyweight exercises like push-ups are not only effective, they also offer you convenience and value, since you can do them anywhere for free – at home, in hotel rooms, or outdoors.

Even if you love pumping iron and training in well-equipped gyms, don’t write off bodyweight resistance training. Exercises like push-ups may not be better than barbell and dumbbell training, but they do work, and if you learn how to do the more advanced, harder progressions of push-ups, you can keep making gains for a long time.

Ten progressive variations were used in this research study, but that only scratches the surface. If you want to learn more, invest in a good push-up training program that goes deeper into all the progressions, and teaches proper form and where to start based on your current strength level. 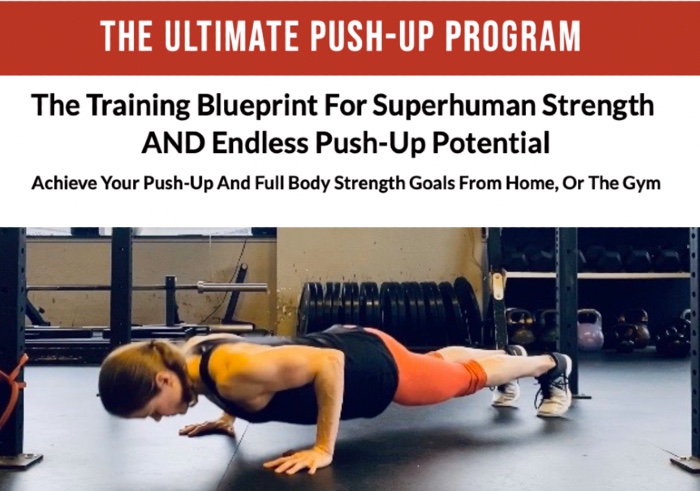 Tom Venuto, author of:
Burn the Fat, Feed the Muscle

Disclosure: Burn the Fat Blog posts may use affiliate links to third-party websites and online stores, and earn a commission if programs or books are purchased. We never recommend or link to products we haven’t used and fully endorse. However, always do your own due diligence if purchasing from a third party merchant on the internet.